General Electric, the iconic industrial corporation of the late 20th century, once a powerful conglomerate renowned for its management prowess, is making a final break with its storied past. The 129-year-old company announced on Tuesday November 9 2021 that it planned to split itself into three publicly traded businesses, a remarkable change at a company whose reach into American life once extended from light bulbs in the home to the engines on jet airplanes. G.E.’s plan is to spin off its health care division in early 2023 and its energy businesses a year later. That would leave its aviation unit as its remaining business. Under Jack Welch, its leader for two decades until 2001, G.E. built up a huge finance arm. The assumption was that G.E.’s managers were the best in the world, and there was easy money to be made on Wall Street. The buildup backfired when the financial crisis hit in 2008, putting G.E. in a credit crunch. Its chief executive at the time, Jeffrey R. Immelt, moved to drastically pare back the big finance unit, GE Capital. In June 2018, G.E., the last original member of the Dow Jones industrial average, was dropped from the blue-chip index. 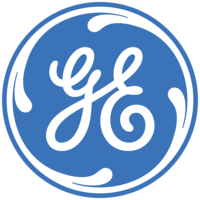