SALT LAKE CITY  James A. Harmon, who recently retired as chairman and president of the Export-Import Bank of the United States, has rejoined the board of directors of Questar Corp. (NYSE:STR). Harmon was appointed effective June 1 to serve the remainder of a term that expires May 2002. He previously served on Questar's board from 1976 to 1997, when he accepted the positions at the Export-Import Bank. Harmon will serve as a member of the Questar board's finance/audit and management performance committees. Harmon spent 38 years with Wertheim & Co., an international investment bank that partnered with Schroders plc (U.K.) to form Wertheim Schroder & Co. He served as chairman and CEO for 10 years prior to joining the Ex-Im Bank. Harmon successfully guided the bank through financial crises that hit from Asia to South America. He was an advocate of proactively expanding Ex-Im Bank's business into new markets with new approaches and programs. 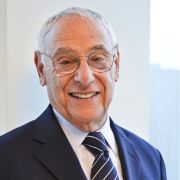