Director of Groupon Inc., since December 2006. Mr. Keywell was elected pursuant to voting rights granted to the holders of the com pany Series B preferred stock under the com pany voting agreement, which will be terminated upon the closing of this offering. Mr. Keywell is a co-founder of Echo Global Logistics, Inc. (NASDAQ: ECHO) and has served on its board of directors since February 2005. In 2008, Mr. Keywell co-founded Lightbank LLC, a private investment firm specializing in information technology companies, and has served as a manager since that time. In April 2006, Mr. Keywell co-founded MediaBank, LLC, an electronic exchange and database that automates the procurement and administration of advertising media, and has served as a director or manager since that time. From May 2000 to March 2001, Mr. Keywell served as the President of HA-LO Industries Inc. Mr. Keywell co-founded Starbelly.com Inc., which was acquired by HA-LO in May 2000. In July 2001, HA-LO filed for bankruptcy under Chapter 11 of the United States Bankruptcy Code. Mr. Keywell also serves as a trustee of Equity Residential (NYSE: EQR), a real estate investment trust. Mr. Keywell serves on the board of trustees of the Zell-Lurie Entrepreneurship Institute at the University of Michigan, the NorthShore University HealthSystem Foundation and the Museum of Contemporary Art in Chicago. Mr. Keywell is the Chairman of the Illinois Innovation Council. Mr. Keywell is also the founder and Chairman of Chicago Ideas Week and the Connect to the Future Foundation. Mr. Keywell holds a bachelor's degree from the University of Michigan and a Juris Doctor degree from the University of Michigan Law School. 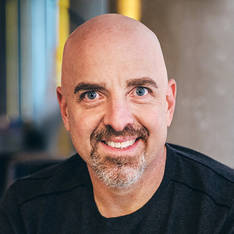