Dan Wilks' father, Voy Wilks, took up bricklaying to literally build a house for his family and get them out of the goat shed. He then asked his employer at a Cisco, Texas factory for a small raise. When his employer refused, Voy quit and switched his career to masonry. Following in their father's footsteps, Dan and his brother Farris became masons themselves, founding Wilks Masonry together in 1995. In 2002 the brothers branched into the hydraulic fracturing and oil field services industry with the founding of Frac Tech. This past May, the brothers sold their nearly 70% combined interest in Frac Tech to a partnership lead by Temasek Holdings for $3.5 billion. The pair recently purchased the 66,000-acre N Bar Ranch in Montana from fellow billionaire Tom Siebel. 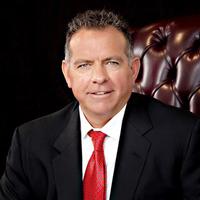