Rex Sinquefield, often referred to as one of the world’s leading financial gurus, now spends his most of his time and resources dedicated to philanthropic causes. Raised in Saint Vincent Orphanage in Saint Louis, Sinquefield earned a business degree from Saint Louis University and a Masters in Business Administration from the University of Chicago, studying under Eugene Fama, the father of efficient markets. He went on to develop some of the nation’s first index funds, which trust, rather than “outsmart” the market. Along with associate David Booth, Sinquefield formed Dimensional Fund Advisors in 1981, which today oversees $100 billion in global assets. After retiring in 2005, Sinquefield returned to his much loved and dearly missed State of Missouri, with the hopes of using his experience and success to invest in more philanthropic ventures. He co-founded and serves as president of the not-for-profit organization the Show-Me Institute (SMI), the state’s only free-market think tank. SMI engages in scholarly research and promotes sensible market solutions for state and local policies, such as eminent domain, education, corporate welfare and healthcare and promotes sensible market solutions for state and local policies. Sinquefield is a life trustee of DePaul University and serves on the following boards: Missouri Botanical Garden Missouri History Museum Opera Theatre of St. Louis Saint Louis Art Museum Saint Louis Symphony Contemporary Art Museum Saint Louis Saint Louis University He also is a member of the Investment Committee of the Archdiocese of Saint Louis and the recipient of numerous awards for scholarship and service, including an honorary Doctor of Humane Letters. 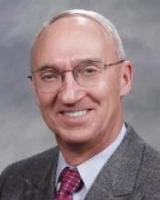