US Senator from Delaware

A Senator from Delaware; born in Philadelphia, Penn., March 15, 1939; B.S.E., Duke University, 1960; M.B.A., University of Pennsylvania, 1966; staff assistant and chief of staff to United States Senator Joseph R. Biden, Jr. 1973-1994; college professor; president of Public Strategies, a political and management consulting firm; appointed by President William Clinton to the Broadcasting Board of Governors and served from 1995-2008; appointed as a Democrat to the United States Senate on January 15, 2009, to fill the vacancy caused by the resignation of Joseph R. Biden, Jr.; took the oath of office on January 16, 2009; and served until November 15, 2010, a successor having been chosen in a special election; not a candidate for election to the unexpired portion of the term. 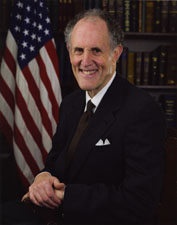