Ivanka is the breakout success of the family. The same year that she and brothers Donald Jr. and Eric founded the Trump Hotel Collections, Ivanka launched a jewelry brand that has spawned clothing, shoe, and accessories lines carried by the likes of Nordstrom, Bloomingdale's, and Zappos. An avid runner and former runway model, Ivanka is an executive vice president of acquisitions and development for The Trump Organization. But she didn't go straight from The Wharton School to an office at Trump Tower. She worked for real estate developer Bruce Ratner for a year after college. Specializing in deal-making and design, Ivanka joined her dad's company in 2005. She was the lead negotiator on the purchase of Trump National Doral Miami, a $1 billion property that she scooped up for $150 million. Ivanka is stealthily private about her personal life, but before tying the knot with real estate and publishing scion Jared Kushner she was linked to Greg Hersch (now a wealth management SVP at UBS). She met her match in Kushner. The two live in a $16 million penthouse atop Trump Park Avenue with their two children, Arabella Rose and Joseph Frederick Kushner. Ivanka converted to Orthodox Judaism before her 2009 wedding and the family keeps kosher and observes the Sabbath. 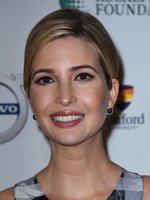