The one-time richest man in Russia took delivery of the world's largest yacht this year, the 533-foot Eclipse, reported to have cost over $250 million. He also added a 377-foot ice boat, the Luna, to his fleet of pricey toys, which already included two other yachts, a Boeing 767 and homes in London, St. Barts, Colorado, Sardinia and France. In 2010, he won a $400 million tender to redevelop St. Petersburg's historical New Holland Island as an arts and culture center. His fortune is up more than $2 billion as he increased his stake in steel giant Evraz and mining firm Highland Gold. Abramovich was orphaned as a child and dropped out of college, then made his fortune in a series of controversial oil export deals in the early 1990s. He teamed up with Boris Berezovsky to take over oil giant Sibneft at a fraction of its market value. He later sold his stake in Russian Aluminum to Oleg Deripaska and a 73% stake in Sibneft to gas titan Gazprom for $13 billion in 2005. He owns the UK's Chelsea soccer team. 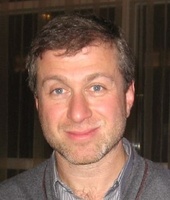