Mr. Adolph has held numerous leadership positions at Booz-Allen, including: Worldwide Chemicals practice leader,Worldwide Consumer and Health practice leader, and Global Mergers and Restructuring practice leader. He has also served on the Booz-Allen Board of Directors. Prior to joining Booz-Allen, Mr. Adolph was employed as an engineer by Polaroid Corporation in its R&D labs - and later in its chemical manufacturing division. In addition to undergraduate degrees in chemical engineering and management science/organizational psychology from the Massachusetts Institute of Technology, Mr. Adolph holds a master's degree in chemical engineering from MIT and an MBA from the Harvard Business School. 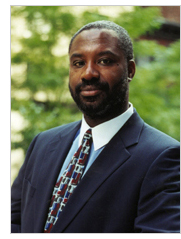