A former special-forces officer and CIA operative, Vickers is best known for his role arming the Afghan resistance fighters against the Soviet army in 1980s Afghanistan

Vickers was confirmed as under secretary of Defense for intelligence, replacing James R. Clapper. In that role, he will oversee intelligence lynchpins such as the Defense Intelligence Agency, the National Security Agency and the National Reconnaissance Office. Covert operations are nothing new for Vickers, whose role in the operation that helped push the Soviet army out of Afghanistan in the mid-1980s won him a portrayal in the book and movie adaptation of "Charlie Wilson's War." His Army and CIA career spans from 1973 to 1986, when he acquired combat and operational experience in the Middle East, Central and South Asia, Central America and the Caribbean. Vickers was an intern for and protege of renown Pentagon strategist Andrew A. Marshall, who heads the Pentagon's think tank and described Vickers as "imaginative and able." 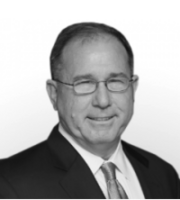