Donald T. “Boysie” Bollinger is vice chairman of the First Bank and Trust board of directors. He is President and CEO of Bollinger Shipyards, Inc., a leading provider of quality construction, repair and conversion products and services to both the military and commercial marine industry. Boysie graduated from the University of Louisiana at Lafayette with a degree in Business Administration. He participates at both national and state levels in the political arena and he devotes considerable time to professional and civic organizations including the Shipbuilders Council of America and the National Ocean Industries Association. He also served on the Louisiana Recovery Authority and Bring New Orleans Back Commission (both of which were involved in the rebuilding of New Orleans and Louisiana after Hurricanes Katrina and Rita). Boysie is also very involved with the United States Coast Guard Foundation, The National World War II Museum, Offshore Marine Services Association, Business Council of New Orleans, The Nature Conservancy of Louisiana; World President’s Organization and Chief Executive Officer's Organization, United Way, and the Boy Scouts of America, to name a few. He has served as a delegate to Louisiana’s Constitutional Convention in 1973 and served on the Louisiana Board of Regents and the University of Louisiana System Board. He is also Chairman of the Nicholls State University Foundation. Bollinger, a native of Lockport, Louisiana, received a Bachelor of Science degree in Business Administration from the University of Louisiana in Lafayette. 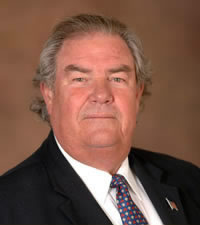