Suzanne Deal Booth has been committed to the recognition, preservation and conservation of visual arts and cultural heritage for more than three decades. A native of Texas, Deal Booth graduated cum laude with a degree in art history from Rice University followed by a Master of Arts in art history and conservation from New York University’s Institute of Fine Arts and Conservation Center. As a work/study student at Rice and NYU, she had the opportunity to work directly under the tutelage of humanist, art collector and philanthropist Dominique de Menil. Deal Booth has worked at the Centre Pompidou in Paris, The Kimbell Art Museum, The Menil Collection, The Metropolitan Museum of Art, and the J. Paul Getty Trust. In 1998 Deal Booth founded The Friends of Heritage Preservation (FOHP), as a small charitable giving group. The FOHP has successfully participated and contributed to more than 80 preservation and conservation projects in 18 countries around the world. In 2010, Deal Booth acquired the legendary Bella Oaks Vineyard in Napa Valley, and in fall 2021 introduce dthe estate’s first wine under the Bella Oaks label. 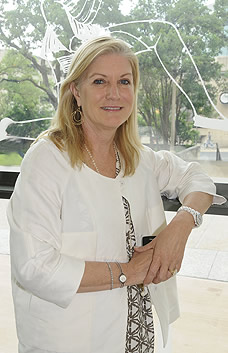