When William S. Beinecke and his wife, Betty, moved to the Upper East Side of Manhattan in 1979, they were shocked by the dilapidated state of Central Park. In the spring of 1980, the Beineckes stopped by the city’s Parks Department to ask how they could help. Mr. Beinecke (pronounced BINE-eh-key) agreed to serve as the first chairman of what became the Central Park Conservancy. Mr. Beinecke died on Sunday at his home in Manhattan. He was 103. His paternal grandfather, Bernhard Beinecke, was a German immigrant and entrepreneur who built the Plaza Hotel, at the southeast corner of Central Park. Mr. Beinecke spent his career at the Sperry & Hutchinson Company, which his maternal grandfather, William Sperry Miller, founded with a partner in 1896. The company became well-known for its Green Stamps. Mr. Beinecke, who served as the company’s chairman and chief executive in the 1960s and ′70s, took the company public in 1966 and diversified its holdings into furniture and other businesses. He led him to wage a decades-long campaign to persuade Yale University to create a business school. Mr. Beinecke and his allies eventually prevailed, and the Yale School of Management opened in 1976, with the Beineckes as major benefactors. William Sperry Beinecke was born on May 22, 1914, in New York City, to Frederick W. Beinecke and the former Carrie Sperry. After earning his bachelor’s degree, in economics, from Yale and a law degree from Columbia University, he joined the Navy as the United States was preparing to enter World War II. He went on to serve on destroyers in the Atlantic and Pacific, and left the Navy as a lieutenant commander. Weeks before he was called to active duty in 1941, Mr. Beinecke married the former Elizabeth Gillespie. She died in 2009. Mr. Beinecke is survived by two sons, Frederick and John; two daughters, Frances Beinecke and Sarah Beinecke Richardson; seven grandchildren; and six great-grandchildren. 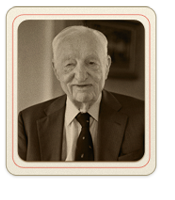