Douglas Shorenstein, the second-generation leader of one of San Francisco’s most prominent real estate development families, died of cancer Nover 24 2015 at his home in the city. He was 60. Mr. Shorenstein, who was also a past chairman of the board of the Federal Reserve Bank of San Francisco, transformed Shorenstein Properties from a local developer to a national real estate group that raised money from large investors, including pension funds, and put it in office projects across the country. Over the past 20 years, the company has raised and invested $7.9 billion in almost 60 million square feet of property in 24 markets, including iconic properties like Chicago’s John Hancock Tower and New York’s Park Avenue Tower. Prior to joining the family business, founded by his father Walter Shorenstein, Mr. Shorenstein worked as a real estate attorney with the law firm of Shearman & Sterling in New York. He joined his father in 1983 and became chairman and chief executive officer in 1995. Walter Shorenstein died in 2010. Mr. Shorenstein graduated from UC at Berkeley and from the UC Hastings College of the Law. He was a board member of the Environmental Defense Fund, executive council of the UCSF Medical Center and on the advisory board of the Shorenstein Center on Media, Politics and Public Policy at Harvard’s Kennedy School of Government. Mr. Shorenstein is survived by his wife, Lydia; his children, Brandon, Sandra and Danielle Shorenstein; and sister, local theatrical producer Carol Shorenstein Hays. 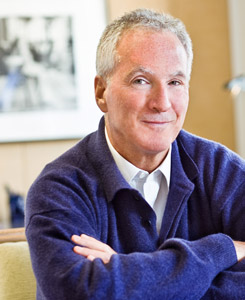