John E. Rau was named president and chief executive officer of Miami Corporation, a private asset management company, in 2002. Prior to joining Miami Corporation, he served as president and chief executive officer of Chicago Title Corporation, a financial services company, from 1997 until 2000. He also served as dean of Indiana University’s Kelley School of Business and in leadership roles at numerous business, civic and philanthropic organizations. Mr. Rau currently serves as a director of First Industrial Realty Trust, Inc. and BMO Financial Corporation/BMO Harris Bank. He formerly served on the board of directors for BorgWarner Inc. and Wm. Wrigley Jr. Company. Mr. Rau received his bachelor’s degree from Boston College and a master of business administration from Harvard University, where he was named the Goldman Sachs Finance Fellow. Mr. Rau has been a director of Southern Company Gas (formerly AGL Resources) since December 2011. He was a director of Nicor Inc. from 1998 to 2011 and lead director of Nicor Inc. from 2006 to 2011. Compensation Committee and Corporate Governance Committee. President and Chief Executive Officer since 2002, and Director since 2003, of Miami Corporation, a private holding company founded in 1917. Formerly, Mr. Rau was President and Chief Executive Officer of Chicago Title Corporation and Chicago Title and Trust Company from 1997 to 2000 and Dean, The School of Business, Indiana University, from 1993 to 1996. Nicor Inc. and First Industrial Realty Trust, Inc. 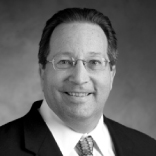