Jim Comey joined Columbia Law School in January 2013 as Senior Research Scholar and Hertog Fellow in National Security Law. He has been appointed a director of the Board of HSBC Holdings and a member of the Financial System Vulnerabilities Committee effective March 4, 2013. Mr. Comey was most recently General Counsel of Bridgewater Associates, an institutional money manager in Westport, Connecticut, where he worked from 2010 to 2013, overseeing the legal, compliance, and security departments. Since 2012, he has also served as a member of the Defense Legal Policy Board, charged with providing independent advice to the Secretary of Defense. From 2005 to 2010, he was Senior Vice President and General Counsel of the Lockheed Martin Corporation, responsible for management of the Corporation’s legal affairs and law department, including serving as principal counsel to Lockheed Martin Corporation’s senior leadership and the Board of Directors. From 2003 through 2005, he served as Deputy Attorney General of the United States and was responsible for supervising the operations of the Department of Justice. Prior to becoming Deputy Attorney General, Mr. Comey was United States Attorney for the Southern District of New York. From 1996 through 2001, Mr. Comey served as Managing Assistant U.S. Attorney in charge of the Richmond Division of the United States Attorney's office for the Eastern District of Virginia. Mr. Comey was educated at the College of William & Mary (B.S. with Honors 1982, Chemistry and Religion majors) and the University of Chicago Law School (J.D. 1985). After law school, he served as a law clerk for then-United States District Judge John M. Walker, Jr. in Manhattan, and worked for Gibson, Dunn & Crutcher in their New York Office. He next joined the U.S. Attorney's Office for the Southern District of New York, where he worked from 1987 to 1993, eventually serving as Deputy Chief of the Criminal Division. As United States Attorney, Mr. Comey oversaw numerous terrorism cases and supervised prosecutions of executives of WorldCom, Adelphia, and Imclone on fraud and securities-related charges. Mr. Comey also created a specialized unit devoted to prosecuting international drug cartels. As Deputy Attorney General, he chaired the President’s Corporate Fraud Task Force and the Presidential Board on Safeguarding Americans’ Civil Liberties. As an Assistant United States Attorney in the Eastern District of Virginia, he handled the Khobar Towers terrorist bombing case, arising out of the June 1996 attack on a U.S. military facility in Saudi Arabia in which 19 Airmen were killed. He has personally investigated and prosecuted a wide variety of cases, including firearms, narcotics, major frauds, violent crime, public corruption, terrorism, and organized crime. In the Southern District of New York, he served as lead prosecutor in United States v. John Gambino et al., a six-month mafia racketeering and murder trial in 1993. While in Richmond, Mr. Comey also served as an Adjunct Professor of Law at the University of Richmond. Prior to joining the U.S. Attorney's office in Richmond in 1996, he was a partner at McGuireWoods, LLP specializing in criminal defense and commercial litigation. 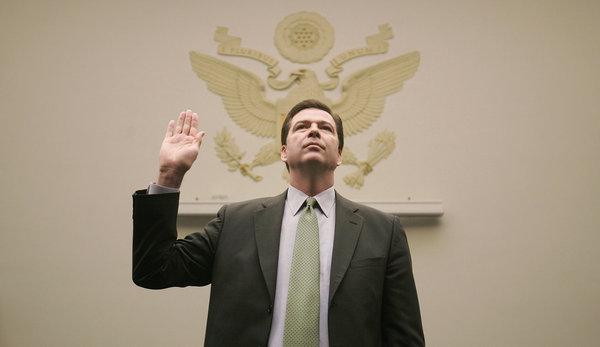