Mr. Brown served in various leadership capacities in global purchasing since joining Ford in 1999. In 2008, he became Ford's Group Vice President, Global Purchasing, with responsibility for approximately $90 billion of production and non-production procurement for Ford operations worldwide. He retired from Ford on August 1, 2013. From 1997 to 1999 he served in leadership positions at United Technologies Corporation, including its Vice President, Supply Management. From 1991 to 1997 he served as Executive Director, Purchasing and Transportation at QMS Inc. From 1976 to 1991 he served in various managerial roles at Digital Equipment Corporation. Mr. Brown is on the board of the following public company in addition to 3M: Tower International, Inc. 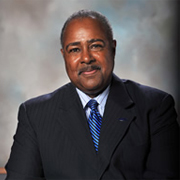