Edgar Bronfman, Jr. has been a director of IAC since February 1998. Mr. Bronfman has served as the Chairman and Chief Executive Officer of Warner Music Group since March 2004. Prior to joining Warner Music Group, Mr. Bronfman served as Chairman and Chief Executive Officer of Lexa Partners LLC, which he founded, from April 2002. Mr. Bronfman also currently serves as a partner of Accretive LLC. Mr. Bronfman was appointed Executive Vice Chairman of Vivendi Universal, S.A. in December 2000. Mr. Bronfman resigned from his position as an executive officer and as Vice Chairman of the Board of Directors of Vivendi Universal, S.A. in March 2002 and December 2003, respectively. Prior to December 2000, Mr. Bronfman served as President and Chief Executive Officer of The Seagram Company Ltd., a post he had held since June 1994, and from 1989 to June 1994 he served as the President and Chief Operating Officer of Seagram. He is the Chairman of the Board of Endeavor Global, Inc., and is currently a member of the Board of NYU Elaine A. and Kenneth G. Langone Medical Center, The Collegiate School, the Board of Governors of The Joseph H. Lauder Institute of Management & International Studies at the University of Pennsylvania, JPMorgan's National Advisory Board and the Council on Foreign Relations. 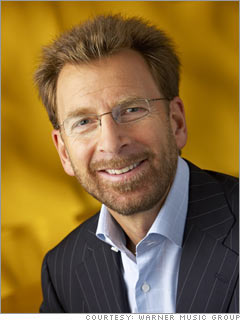