Richard Gerson founded Falcon Edge Capital in 2012 together with Navroz D. Udwadia and James Minshull. Falcon Edge Capital, a global long/short equity hedge fund, was launched with $1.2 billion. Rick Gerson previously interned at Julian Robertson's Tiger Management and was a founding member of Blue Ridge Capital. Navroz Udwadia and James Minshull worked at Eric Mindich's Eton Park Capital. Falcon Edge Capital returned 28% in 2013. Rick Gerson is a Managing Director of Blue Ridge Capital. He was a founding member of the firm, which has been in operation since 1996. Mr. Gerson has been an integral part of the firm's investments since its inception in a wide variety of securities globally. Mr. Gerson is a Co-Founder of Blue Ridge China, a private equity firm that focuses on investments in China. He is a board member of Orascom Housing Communities, an Egypt-based homebuilder. Mr. Gerson has a B.S. from the University of Virginia's McIntire School of Commerce. 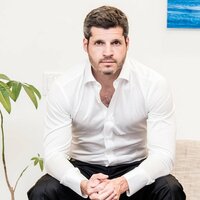