Nowell joined PepsiCo. Inc. as SVP and controller in 1999, and served as SVP and treasurer from 2001 until his retirement 2009. Currently a director of the boards of British American Tobacco plc, American Electric Power, and Bank of America Corp. Mr. Nowell had been Senior Vice President and Treasurer of PepsiCo, the world's fourth-largest food and beverage company, since August 2001. Prior to that, he served as Chief Financial Officer for The Pepsi Bottling Group, a position he assumed in 2000 after serving as Controller for PepsiCo since July 1999. Mr. Nowell joined PepsiCo in July 1999 from RJR Nabisco, Inc. (now known as RJR), where he was Senior Vice President, Strategy and Business Development from January 1998 to July 1999. From 1991 to 1998, Mr. Nowell held a variety of senior financial roles at the Pillsbury division of Diageo PLC. Prior to joining Pillsbury, Mr. Nowell spent eight years as a finance executive at Pizza Hut, which at the time was a division of PepsiCo. Mr. Nowell commenced serving on the Board of RAI as of September 26, 2007. Mr. Nowell also is a member of the board of directors of American Electric Power Company, and serves on the Dean's Advisory Board at The Ohio State University Fisher College of Business. He is an active member of the Executive Leadership Council, Financial Executive Institute, American Institute of Certified Public Accountants and the Ohio Society of CPAs. 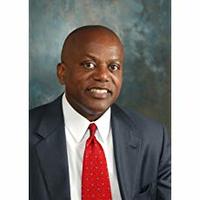