During his 34-year career at Morgan Stanley, Scott has held virtually every major post in the company, including head of investment banking, director of corporate finance, and chief financial officer, before becoming president and chief operating officer. Most significantly, he was part of the senior management team that structured the 1997 merger with Dean Witter Discover, as well as head of the Morgan Stanley transition team for the merger. He was named CFO of Morgan Stanley Dean Witter at the time of the merger and became president in 2001. Born in Montclair, New Jersey, Scott earned a bachelor's degree in economics at Williams College in 1968 and an MBA from the Stanford Graduate School of Business in 1970. 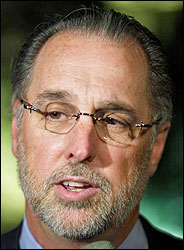