Chairman and Chief Executive Officer of Loews Hotels and a member of the Office of the President and Co-Chairman of the Board of Loews Corporation, the hotel chain's parent company. Jon has served since 1995 as Chairman of the Travel Business Roundtable, a prominent coalition of chief executives representing various sectors of the travel and tourism industry, and in 2003, he was appointed to the United States Department of Commerce U.S. Travel and Tourism Promotion Advisory Board. Jon also served a five-year term as an officer of the American Hotel & Lodging Association, culminating in his Chairmanship of the organization in 1997. He served as the Vice-Chairman of The Welfare to Work Partnership, and currently serves on the Board of Trustees for Tufts University, where he is also a University College Senior Fellow, as well as on the Boards of the World Trade Center Memorial Foundation, Elizabeth Glaser Pediatric AIDS Foundation, the Tribeca Film Institute and the Business Council for the Metropolitan Museum of Art. In addition, he is on the Board and is the Treasurer of the New York Football Giants. After graduating from Tufts University in 1976, Jon worked as a Cinematographer/Producer at WBZ-TV in Boston, for which he received two local Emmy nominations. He served a ten-year term on the Tufts University Board of Trustees and was elected to a second term in 1999. 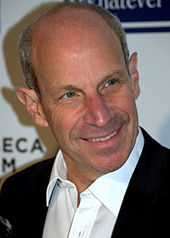