Robert Balling began his academic career in 1979 as an assistant professor in the Department of Geography at the University of Nebraska. Following five glorious years in Lincoln, he left the Great Plains to join the Office of Climatology at ASU. After three years at ASU on a soft money position, he became a tenure-track faculty member in 1987. He served as the director of the Office of Climatology for 15 years, but in 2004, he became the director of the popular MAS-GIS program. According to exxonsecrets.org and Harper's, Balling has recieved more than $200,000 from coal and oil interests over the past six years. Specific incidences include significant levels of funding since 1989 from the Kuwaiti government, foreign coal and mining corporations and Cyprus Minerals Company (totalling $72,554). (Kuwait has opposed the findings of the Intergovernmental Panel on Climate Change). The Kuwaiti government paid for a release of Balling's "A Heated Debate" in the Middle East, a project originally funded by the Pacific Research Institute for Public Policy. The Kuwait Foundation for the Advancement of Science granted Balling $48,993 and the Kuwait Institute for Scientific Research granted him an undisclosed amount. British Coal Corporation gave him a total of $103,544 and the German Coal Mining Association gave him $81,780 in two separate grants. (Ozone Action, NCPPR directory) 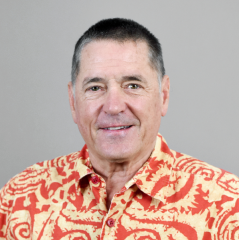