French, 51, has worked in finance and for top investment banking and private equity firms nearly his entire adult life, largely in New York City and beginning at what is now PricewaterhouseCoopers. Since 2007, he’s been a top executive at HPS Investment Partners, a global investment firm with $75 billion in assets under management; French serves as a managing director, a governing partner and the portfolio manager of key HPS funds. Prior to joining HPS, he spent three years at Citigroup as a Managing Director and Head of Private Investments for Citigroup Global Special Situations, a credit-focused, on-balance sheet proprietary investment fund. Within Citigroup Global Special Situations, Prior to joining Citigroup, he worked in the Investment Banking Division at Goldman Sachs from 1999 to 2004 and in Mergers & Acquisitions at Salomon Brothers Inc. from 1994 to 1999. He began his career at Price Waterhouse from 1992 to 1994. He is a graduate of the University of Illinois. And while his personal net worth is not public knowledge, he’s clearly quite wealthy. Records indicate that last August, the Florida resident used a shell company called Beechgreen LLC to pay $64 million for an oceanfront house on Palm Beach’s super-prime South Ocean Boulevard. A few weeks ago, French bullishly flipped that “Billionaires’ Row” mansion back up for sale — asking a whopping $115 million, despite few renovations. French paid $44 million to buy a Gulfstream G650 private jet from a bankrupt Texas corporation in 2020. That same year he dropped $32.5 million on a tennis court estate in prime Beverly Hills. In September 2021, French traveled to Malibu, where the jetsetter forked out another $25.5 million to buy a lavish oceanfront home. 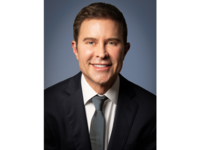