Byron D. Trott, a midwest native who founded BDT, still helms the company from its Chicago headquarters inside the historic Wrigley Building. Byron Trott was born in 1958 and grew up in Union, Missouri, a small town about an hour from St. Louis. He eventually left Union to attend the the University of Chicago, where he played first base for the school's baseball team, before graduating in 1981. He stayed on campus another year, graduating with an MBA in 1981, and has since donated millions to the school's scholarship efforts. After graduation, Trott joined Goldman Sachs' St. Louis office, where he worked under former Treasury Secretary Henry Paulson, who was then CEO of the investment bank. Trott transitioned from wealth management to investment banking, and when Paulson moved to serve as CEO of the bank in New York, Trott replaced him as head of the Chicago branch. By 1994, Trott was a partner at Goldman Sachs. When the firm went public in 1999, he netted a cool $103 million bonus. During his tenure at Goldman Sachs, Trott began to amass a client base of the wealthy and powerful, including the Pritzker Family of Hyatt Hotel fame. In 2001, Trott spent $11.5 for a six-bedroom home on Chicago's North Shore where he and his family live today. The home in Winnetka — an affluent suburb on Lake Michigan about 20 miles north of downtown Chicago — was designed by Ransa architects and is complete with a separate boat house and private beach. One of BDT's first clients was Weber-Stephen, the company behind the iconic Weber grill. As with most of BDT's deals, the company is an investor alongside the founding family. In the case of Weber-Stephen, BDT bought a majority stake. BDT is unique in that it serves its clients in both advisory and investment roles, whereas a traditional firm would clearly separate the two. BDT also avoids specific practice areas for its employees. Each of its bankers is a "generalist," allowing BDT to more seamlessly serve its wealthy and private clients When M&M's maker Mars Inc bought the Wrigley chewing gum empire for $23 billion in 2008, BDT brokered the deal with $4.4 billion in funding from Berkshire Hathaway. When designer Tory Burch and husband Christopher Burch went through a high-profile divorce, BDT bought out his 28% stake in the company. BDT was also instrumental in the consolidation of local Anheuser-Busch distributors in the Chicago area in 2013. In 2011, BDT affirmed its Chicago roots by moving into the famous Wrigley Building. The firm purchased the historic skyscraper for $33 million through a partnership with the Zeller Realty Group and Groupon cofounders Eric Lefkofsky and Brad Keywell. BDT often works with Luxembourg-based JAB holdings, which recently bought Panera Bread for over $7 billion JAB, controlled by Germany's Reimann family, added the sandwich chain to its arsenal of coffee chains that includes Peet's Coffee & Tea, Caribou Coffee Co., Stumptown Coffee and Keurig Green Mountain. BDT previously advised JAB on its acquisition of Krispy Kreme for $1.3 billion in 2016. DT bought a slice of iconic deep-dish pizza chain Lou Malnati's in 2016. The Malnati brothers remained the largest stakeholders in the 46-location pizza chain. When Berkshire Hathaway would acquire a 38.6% in Pilot Travel Centers, Warren Buffett outlined plans to become the company's biggest shareholder over a six-year period. Byron Trott and BDT Capital Partners, once again, brokered the deal for Buffett. Pilot Travel Centers, which owns the Pilot Flying J truck stop chain, is owned by the Knoxville, Tenessee-based Haslam family. Jimmy Haslam will remain CEO, while cutting his family's stake from 77% just 50.1%. Trott also serves as President of the Horatio Alger Association. Byron's other philanthropic efforts have included UNICEF and The Art Institute of Chicago. Trott and his wife, Tina, donated $310,000 to a political action committee connected to Jeb Bush's 2016 primary campaign. He previously donated to committees connected to Mitt Romney, George W. Bush, as well as Senator Bob Corker. While at Goldman, records show smaller donations to the 2008 Barack Obama campaign. BDT's newest office in Frankfurt, Germany opened in 2017. The firm's clients in Europe, in addition to JAB Holdings, includes the Agnelli dynasty of Fiat fortune 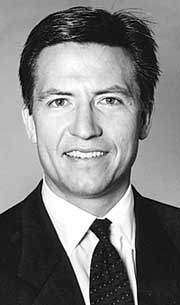