Maher started his career in 1997 with a dream of being one of the well-known artists in the world, at his first year in the university he discovered the world of digital graphics which was evolving side by side with the revolution of computer programming, with all these new technologies he started teaching himself programming and digital drawing which was a very slow and costly process yet a very useful experience. To support his dream he started developing software for individual customers which was a time-consuming process, finally, he had to leave the university to follow his dream, he started his first programming team that worked on developing commercial software's, while he moved on to studying digital drawing and visual effects which was a long term process. Maher has participated in many forms of production from visual effects, to directing commercials, promos, and short films, He started his own team which has grown and widely participated in many projects.

This is a stub profile page – there are no relationships in the database. 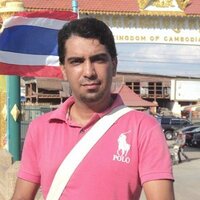