Joseph L. Hooley (Jay) is chairman and chief executive officer of State Street Corporation, one of the world's leading providers of financial services to institutional investors, with US$33.3 trillion in assets under custody and administration, and US$2.7 trillion in assets under management* as of March 31, 2018. Since joining State Street in 1986, Jay has held a number of diverse leadership positions, including head of US Mutual Fund sales, head of State Street’s shareholder servicing joint venture and head of the company’s global investment servicing business. He has also played a lead role in State Street’s major strategic acquisitions. Jay was appointed vice chairman in 2006 and president and chief operating officer in 2008, responsible for all of State Street's asset servicing and trading activities worldwide as well as the company’s securities operations and technology. He assumed his current role in 2010 and has led State Street’s continued global growth while investing in technology to position the company as a digital leader and innovator in financial services. Jay is a board member of the Federal Reserve Bank of Boston and is also a member of the Financial Services Forum in Washington, DC. He is a director on the board of Boys & Girls Clubs of Boston, the President’s Council of the Massachusetts General Hospital, the Massachusetts Competitive Partnership (MACP) and a trustee of the board of Boston College. He is also a strong advocate for increasing diversity at State Street, across the financial services industry and beyond. In 2017, Jay received the NICSA Robert L. Gould Award, recognizing outstanding achievement by an individual who has helped the mutual fund industry improve the quality of customer service. He also is the recipient of the Global Custodian Lifetime Achievement Award, The New England Council’s New Englander of the Year Award, The Partnership Inc.’s Bennie Wiley CEO Diversity Award, the Lewis Family Foundation CEO Social Leadership Award, and the Boston Municipal Research Bureau’s City Champion Award. Jay received a bachelor of science degree from Boston College. 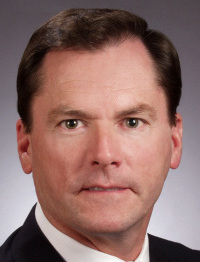