Alonzo Cantu, a prominent McAllen developer and an investor in Doctors Hospital at Renaissance , was a prolific fund-raiser for Hillary Clinton’s presidential campaign. When DHR opened a new women’s hospital, in 2007, Nancy Pelosi dropped in on the festivities (a fundraiser held at Cantu’s house during her visit netted the Democratic Congressional Campaign Committee $800,000). The Border Health PAC has been equally influential. Since 2006, it has contributed more than $1.2 million to state and local candidates. It now boasts a war chest in excess of $1.3 million. Few people outside the Rio Grande Valley had ever heard of Doctors Hospital until June 2008, when it was cited by writer and physician Atul Gawande in an article in the New Yorker that called attention to the high per-patient Medicare costs in the McAllen metropolitan area. Cantu is chairman of Lone Star National Bank, a Hispanic owned and operated financial institution. In 1999, he and a group of nine doctors started what would become Doctors Hospital at Renaissance, which he says is the largest physician-owned hospital in the United States. He is the owner of Valley Land Title Co., a real-estate title-insurance firm that he acquired to expedite real-estate closings. In the sports arena, he is majority owner of the Rio Grande Valley Vipers, an NBA development team, and owner of the Houston Toros, a soccer team affiliated with the Houston Dynamos. Cantu is married to glass artist Yolanda Cantu and has two college-age daughters. 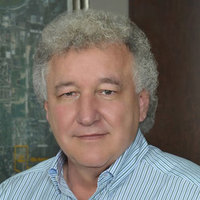