Mr. Atlas graduated from Yale University (B.A. 1971) and The University of Texas (J.D. 1975) and served as law clerk to U.S. Court of Appeals Judge Thomas Gibbs Gee in Austin, Texas. He was a senior corporate litigation partner at Vinson & Elkins and Weil, Gotshal & Manges before serving as the finance chair of Bill White's campaign for Governor of Texas in 2009-2010. He currently mediates, arbitrates, and is president of Atlas Counsel Search, LLC, which helps businesses and individuals find outside counsel for their legal needs. Mr. Atlas chaired the 70,000-plus member ABA Section of Litigation. He was appointed by Governor Rick Perry as an ex-officio member of the Texas Criminal Justice Advisory Council. He serves on the UT Chancellor's Council Executive Committee, was a member of the UT Committee of 125 and the Executive Council of the Texas Ex-Students Association, and is a former president and current ex-officio director of the Texas Law Review Association. He created in 1983 and until 2010 coordinated the Texas Appointment Plan, recruiting more than 1300 lawyers from more than 125 Texas law firms to provide volunteer lawyers to represent indigents before the U.S. Court of Appeals for the Fifth Circuit. He is General Counsel to the Alley Theatre and former Chair of the Anti-Defamation League of the Southwest Region. Mr. Atlas was named Distinguished Alumnus for Community Service by the UT School of Law Alumni Association and an outstanding Young Texas Ex. He received the Lola Wright Foundation Award from the Texas Bar Foundation, the Leon Green Award from the Texas Law Review Association, the Leon Jaworski Community Service Award from the Houston Bar Association Auxiliary, and the Karen Susman Jurisprudence Award from the ADL. He received the ABA Pro Bono Award and was awarded the Orden de Mayo al Merito -- the most prestigious recognition granted by Argentina's government to foreigners who are not heads of state. 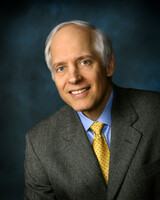