Sean T. Rourke first began advocating for the LGBT community while administering substantial trusts and charitable foundations with HSBC in New York. In 1998, he made possible a grant to fund distribution of the 1998 Sundance Award winning documentary, “Out of the Past”. Bringing this grant request to a committee vote, Sean spoke personally about the film and the benefit he would have derived had there been similar resources available to him in high school. This declaration effectively outed Sean in the world of banking and wealth management. The grant was unanimously approved, and copies of the film were distributed to high school guidance counselors across the country. “Out of the Past”, narrated by Gwyneth Paltrow, was one of the first documentaries to help ignite the LGBTQ conversation and address the alarming rates of suicide among this group. Sean relocated to Los Angeles in 2005 and became a donor to local LGBTQ charities The Trevor Project, the Los Angeles LGBT Center and Gay Men’s Chorus of Los Angeles. In 2010, Sean joined the chorus’ Board of Directors. Sean was a founding co-chair of City National Bank’s LGBTQ affinity group and was responsible for programs for LGBTQ colleagues and clients. He partnered with the Los Angeles LGBT Center to host a panel discussion “Coming Out in The Workplace” and hosted a “Estate Planning for Same Sex Couples” prior to marriage equality. In 2017, Sean joined BNY Mellon Wealth Management and serves as a Senior Wealth Director with a specialty in helping LGBTQ families with tailored advice in the areas of wealth preservation, estate planning and charitable giving. He is active in BNY Mellon’s LGBTQ affinity group, and a passionate fundraiser for Point Foundation. 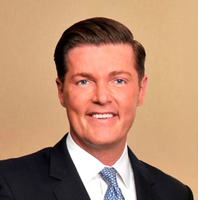