Sheila C. Johnson is a successful entrepreneur and impassioned philanthropist. As a Partner in Lincoln Holdings, Ms. Johnson is the only African-American woman to have ownership in three professional sports teams, the WNBA's Washington Mystics, the NBA's Washington Wizards and the NHL's Washington Capitals. Ms. Johnson is President and Managing Partner of the Mystics. As CEO of Salamander Hospitality, a company she founded in 2005, Ms. Johnson oversees a growing portfolio of luxury properties. In 2008, the company started construction on Salamander Resort & Spa in the foothills of the Blue Ridge Mountains in Middleburg, VA, which is poised to become one of the most unique and sought after retreats in the world when it opened in early 2010. Ms. Johnson has long been a powerful influence in the entertainment industry as a founding partner of Black Entertainment Television (BET) and most recently as a film producer. In partnership with other investors, her first film, Kicking It, premiered at the 2008 Sundance Film Festival in Park City, UT. She served as sole executive producer on her second film, A Powerful Noise, which premiered at the 2008 Tribeca Film Festival in New York. She serves as Chair of the Board of Governors of Parsons The New School for Design in New York and sits on the boards of VH1's Save the Music Foundation, Americans for the Arts, the Curry School of Education Foundation at the University of Virginia, and the University of Illinois Foundation. Bachelor of Arts / Science, University of Illinois, Urbana-Champaign 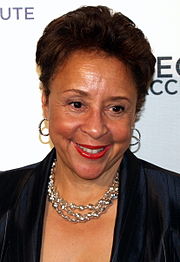