Dr. Joseph J. McCarthy served for many years as Senior Associate Dean and Director of Degree Programs at the Harvard Kennedy School of Government. In that capacity he oversaw the administration of the school’s several masters and Ph.D. programs, which altogether enrolled 1,000 students annually. He also served on numerous school-wide and university-wide committees, as well as outside boards. Earlier in his career, McCarthy served as Chief of Staff to the Founding Dean of the Harvard Kennedy School and later as Assistant Dean for Academic Planning in Harvard's Faculty of Arts and Sciences, where for many years he was also on the Board of Freshman Advisors. Prior to these administrative posts, he taught in the English Department at Boston College and the Expository Writing program in Harvard College. Other professional experiences include teaching and counseling in the Boston College Upward Bound Program as well as a decade of teaching, coaching, and administrative posts in public and independent schools in the U.S. and in Europe. McCarthy holds B.A. and M.A. degrees in English from Boston College and an Ed.D. in Administration, Planning, and Social Policy from Harvard University. He is married to Dr. Marina C. McCarthy, Chair of the White House Commission on Presidential Scholars. They reside alternately in the Washington D.C area and Cambridge, MA. 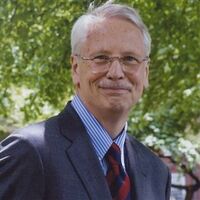