Raymond W. Kelly has served as Police Commissioner of the City of New York since 2002. Commissioner Kelly was formerly Senior Managing Director of Global Corporate Security at Bear, Stearns & Co. Inc. Before that, he served as Commissioner of the U.S. Customs Service. From 1996 to 1998, Commissioner Kelly was Under Secretary for Enforcement at the U.S. Treasury Department. In addition, Mr. Kelly served on the executive committee and was elected Vice President for the Americas of Interpol, the international police organization, from 1996 to 2000. In 1994, he was appointed to serve as Director of the International Police Monitors in Haiti. He is a forty-three year veteran of the NYPD. Commissioner Kelly graduated from Manhattan College, St. John's University School of Law and the Kennedy School of Government at Harvard University. 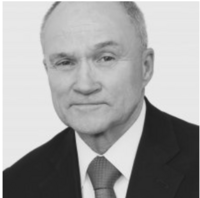