Executive Chairman and Founder of Clayco, a real estate development and design-build firm

Robert Clark is the founder of Chicago-based construction firm Clayco, which he started in 1984 as a college dropout. The St. Louis native owns roughly half of the company and built it into one of the largest construction firms in the U.S. Clayco's projects include the Washington University School of Medicine and several Amazon e-commerce centers. Clark stepped down as Clayco's executive chairman in September 2021 to become the commissioner general for the U.S. pavilion at Expo 2020 in Dubai. He and his wife split time between homes in St. Louis and Chicago, as well as their ranch in Colorado—Rosebud Ranch In May 2022, Forbes estimated his ne worth at $1.6 billion. 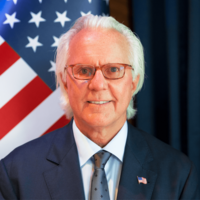