Founder of Interpipe Corporation, Spent $5 million on himself and his wife for a joint birthday party in Courchevel, France that featured acrobats from Cirque de Soleil and celebrities including Steven Spielberg. A week earlier in Kiev, announced the winner of his $100,000 art prize for young artists; Jeff Koons, Damien Hirst and Miuccia Prada were on hand for the fete. Seventh year hobnobbing at Davos. Meanwhile his pipemaker Interpipe struggling to refinance reported $900 million in debt. Instead using proceeds from 2008 sale of his Ukrsotsbank to Italy's UniCredit Group for $2.2 billion to create investment portfolio. New ventures include insurance and oil explorer Geo-Alliance, which he considered IPOing on the Polish bourse in December. Son-in-law of ex-president Leonid Kuchma used his Ph.D. in pipe design to found Interpipe in 1990. Born in Kyiv in 1960, he graduated with honors from the Dnipropetrovs’k Metallurgical Institute in 1983. He became a research engineer in pipe production and earned a PhD degree in 1987. In 1990, he founded Interpipe Company on the basis of his patented innovations in pipe design, engineering and production, which were successfully adopted by leading metallurgical factories in the former USSR. In 2007, he founded EastOne Ltd., an international investment advisory company whose portfolio comprises more than 20 businesses and large-scale projects, including Interpipe and assets in Ukraine and internationally in media, oil and gas, ferroalloys and others. In 2012, he opened an IT business incubator in Kyiv, Eastlabs, and the first newly built metallurgical plant in Ukraine for 45 years, a state of the art steel mill that also includes large scale installations of world renowned artist Olafur Eliasson. Mr. Pinchuk served two terms as an elected Member of the Ukrainian Parliament, from 1998 to 2006. He retired from politics to focus on his business and philanthropic activities. In 2006, he consolidated these activities under the Victor Pinchuk Foundation, which became the largest private Ukrainian philanthropic foundation. Mr. Pinchuk serves on the Board of the Peterson Institute for International Economics, the International Advisory Council of Brookings Institution and the board of trustees of the Museum of Contemporary Art (MOCA). On February 19, 2013 Mr Pinchuk committted to give half or more of his fortune during his lifetime and beyond to philanthropic causes, joining the Giving Pledge, a philanthropic initiative founded in 2010 by Bill Gates and Warren Buffett. 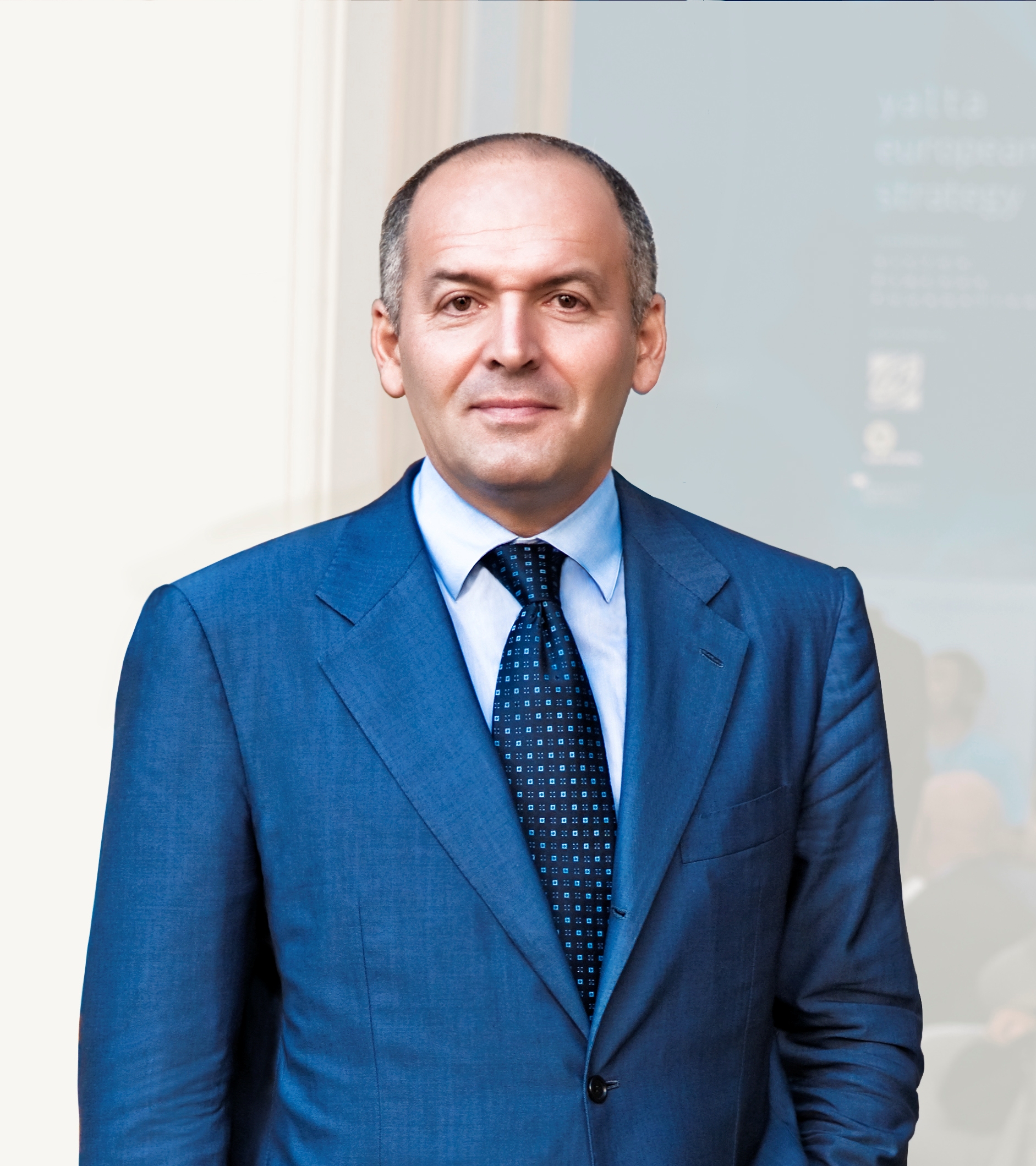