Sigrid was named a Litigator of the Year by the American Lawyer, one of the Top 10 Women in Litigation by Benchmark, and a finalist for Florida Attorney of the Year by the Daily Business Review. She has a proven record of success in handling complex litigation cases throughout the country, including a number of successful appeals. An avid advocate for her clients, Sigrid has successfully litigated numerous class actions, international arbitrations, trust disputes, intellectual property issues, and high stakes commercial disputes. Most recently, Sigrid helped bring to justice serial child molester Jeffrey Epstein and has represented a number of his victims. She was also involved in a landmark case that was before the U.S. Supreme Court twice–both times resulting in a $100 million dollar settlement, in the case of Halliburton Co. v. Erica P. John Fund, Inc. Sigrid is committed to public service and serves as the Chairman of the Board of Directors of ChildNet, which is the organization designated by the State of Florida to manage the protection of neglected and abused children in Broward County, serves on the Board of Directors of the Jack & Jill Children’s Center and has performed pro bono work in the area of sexual trafficking and abuse. Prior to joining the firm, Sigrid had an active energy litigation practice at an AmLaw100 firm in Washington D.C. Her practice there included representing owners of a nuclear power plant in a dispute over a regulatory shutdown; and representing the Potomac Electric Power Company in the defense of multiple class actions brought by landowners and environmentalists arising from a major oil spill in the Patuxent River. While in D.C., she also was selected as a liaison for Ambassador Richard N. Gardner for the President's Advisory Committee on United States Trade Relations. Sigrid is a member of the firm’s Executive Committee. University of Florida Law School, J.D. University of Florida, B.A., History; 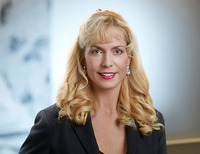