Murat Guzel, CEO of Nimeks organic/Natural Food Source Inc, has been in the food and juice business since 2000. He started with importing juice concentrates from Turkey for US juice makers and then he decided to build his own brand, “Smart Juice”, in 2008. Smart Juice is now on sale in over 6500 supermarkets all over the US. Since he partnered with Nimeks Tarım of İzmir, they import approximately 700-800 containers of dried foods and fruits, frozen fruits and juice concentrates every year from Turkey and this makes them one of the biggest food import companies from Turkey. Guzel’s companies, Nimeks Organic/Natural Food Source and Kervan USA LLC, are based in Whitehall Pennsylvania. He has lived and worked in the same town since he moved to the US in 1986. Graduated from Hacettepe University in Ankara as an electronic engineer, he taught at Hacettepe University for two years. Murat Güzel was one of eight students who came to the US with government scholarships. After his a master and PhD study at Washington State’s and Lehigh University, he also taught courses in engineering. His professional life continued with a wireless communication company in different positions from engineer manager to general manager. Finally he started up his own business adventure in 2000. Güzel is the first Turkish-American to be a Democratic Party delegate to nominate a candidate for President of United States. Guzel was one of 301 delegates who went to the 2012 Democratic National Convention. Güzel was officially a Democratic Party delegate in June 2012. He voted and signed under the name of President Obama as the nominated candidate along with the other members of the delegation in Charlotte. 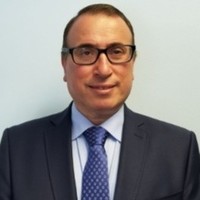