Mr. Rogich served as White House Senior Advisor to President George H.W. Bush from 1989 to 1992 and as a communications and campaign advisor to Presidents Reagan and Bush and presidential candidate Sen. John McCain. He founded R&R Advertising in 1974, the largest advertising and consultancy firm in Nevada. He was selected by President Bush to serve as the U.S. Ambassador to Iceland, his country of birth. He currently is the President of The Rogich Communications Group, an international communications and business advisory firm based in Las Vegas, NV. 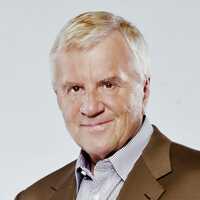