David Swensen, the head of Yale University’s endowment who helped reshape how institutions manage their money, has died from cancer aged 67. After stints at Salomon Brothers and Lehman Brothers, Swensen returned to his alma mater in 1985 to lead its investment office. At the time, endowments were typically conservatively managed, but Swensen overhauled the model dramatically, taking advantage of their long-term focus to invest heavily in the nascent private equity and hedge fund industries. His approach was so successful it revolutionised how endowments and many other institutional investors allocate their money, and the “Yale model” spread and helped change the wider investment industry. The Yale Investments Office managed $31.2bn as of June 2020, and says it has averaged annual returns of 12. 4 per cent a year over the past three decades. In the 2021 fiscal year its contributions accounted for over a third of the university’s overall revenues. Almost a quarter of the endowment is invested in venture capital, and combined with private equity, hedge funds and real estate, so-called “alternative” investments account for nearly three quarters of its assets. Swensen ws a legend at Yale, and its highest-paid employee. Other schools—including Bowdoin, MIT, Princeton, Stanford, and Penn, whose endowment heads all once worked for Swensen—have seen their wealth multiply. The massive size of the top universities’ purses has become a flashpoint in a broader argument about elitism and inequality. Politicians have begun to question the tax-free status universities have long enjoyed: The 2017 tax law signed by President Trump included a new endowment tax, and Yale’s home state of Connecticut a few years ago weighed something similar. He first came to Yale as a grad student in economics in 1975, after graduating from the University of Wisconsin in his hometown of River Falls. His father was a chemistry professor and dean at UWRF; his mother, after raising six children, would become a Lutheran minister. One of Swensen’s dissertation advisers at Yale was James Tobin, who’d been a top economic adviser to the Kennedy administration and would soon win a Nobel Prize. He got to know an investment banker at Salomon Brothers named Gene Dattel, a Yale alum who suggested that Swensen work there for a few years to get a firsthand feel for the topic. In 1981 he helped structure the world’s first swap agreement, allowing IBM Corp. to hedge its exposure to Swiss francs and German marks in a deal with the World Bank. After three years, Swensen left to head the swaps desk at Lehman Brothers. Swensen took the job at Yale, and with it an 80% pay cut. He started on April 1, 1985. In 1986, a Yale College and School of Management graduate named Dean Takahashi joined the investment office, quickly becoming Swensen’s sounding board and trusted deputy. Swenson invested in San Francisco’s Farallon Capital Management LLC, founded by Tom Steyer, Yale class of ’79. Farallon started out in merger arbitrage, then moved into distressed debt, buying up, among other things, the largest bank in Indonesia. By the time Steyer left Farallon in 2012 to devote himself to liberal activism—he’s now running for president—it was one of the largest hedge funds in the world. Swensen’s legend was made with the popping of the dot-com bubble. During Yale’s fiscal year ended in June 2000, when the Nasdaq hit the era’s peak, the endowment’s portfolio returned 41%. Even more impressively, over the next 12 months as stocks collapsed, Yale’s assiduously diversified portfolio returned a healthy 9.2%. Mr. Swensen’s first marriage, to Susan Foster, ended in divorce. In addition to his wife, Meghan McMahon, he is survived by three children from his first marriage, Alexander Swensen, Timothy Swensen and Victoria Coleman; his mother, Grace; two brothers, Stephen and Daniel; three sisters, Linda Haefemeyer, Carolyn Popp and Jane Swensen; and two grandchildren. He lived in Killingworth, Conn. 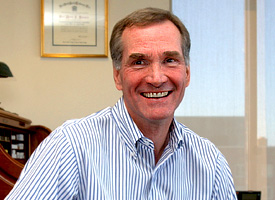