Founder of Madrona Venture Group and Amazon.com Board Member

Tom A. Alberg has been a director of the Company since June 1996. Mr. Alberg has been a managing director of Madrona Venture Group, L.L.C., a venture capital firm, since September 1999, and a principal in Madrona Investment Group, LLC, a private investment firm, since January 1996. Mr. Alberg is also a director of several private companies. Tom currently serves as a director for several Madrona portfolio companies: Impinj, ShopIgniter, SNUPI, and Mercent. In addition, he serves on the board of Amazon.com. He currently serves as chair of the Seattle Foundation Investment Committee. He is also a board member of the national Executive Council of TechNet. Immediately prior to co-founding Madrona Investment Group in 1995, Tom served as president of LIN Broadcasting Corporation and Executive Vice President of McCaw Cellular Communications, Inc. Previously, he was chair of the Executive Committee and Partner in the Northwest's largest law firm, Perkins Coie, where he was principal counsel for The Boeing Company, Alaska Airlines and a number of early technology companies. Before that he was an attorney with Cravath, Swaine & Moore in New York. He is past chair of the Washington State Technology Alliance and the Discovery Institute, past chair of the Pacific Science Center and past president of Intiman Theater in Seattle. He was co-chair of the capital campaign for the Computer Science and Engineering Department's new building at the University of Washington. A graduate of Ballard High School, Tom attended Harvard College, where he graduated cum laude. He then received his law degree from Columbia Law School where he was an editor of the Columbia Law Review. 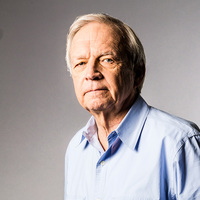