The board of Cheniere Energy Inc., the company leading the race toward major exports of U.S. LNG, has elected former White House energy adviser Heather Zichal as a member, the company said in a June 18 SEC filing. Zichal was deputy assistant to the president for energy and climate change from 2011 to 2013. She worked with President Barack Obama in 2008 during his presidential campaign and joined the White House when he took office. The White House has touted her role in helping shape and execute many of the president's top energy and climate priorities, such as establishing new fuel economy standards and pushing clean energy deployment. With this background, Zichal is likely to provide policy knowledge for a company that is already years ahead of its competitors trying to export natural gas from the U.S. Cheniere, which also appointed Zichal to the board's audit committee, is on track to begin exporting LNG from the company's Sabine Pass Liquefaction export project in Louisiana by late 2015 or early 2016. Cheniere is designing the Sabine Pass project to be able to export more than 4 Bcf/d. The first four liquefaction trains are under construction and will have LNG production capacity of 2.76 Bcf/d. Cheniere has applied to add two more liquefaction trains to the Sabine Pass project, which would supply an additional 1.3 Bcf/d of LNG production capacity The company is also undertaking a second major export project, the Corpus Christi LNG facility, which is moving through the regulatory approval process. Cheniere, through Corpus Christi Liquefaction LLC and Cheniere Corpus Christi Pipeline LP, has applied to FERC to build this import/export terminal in Texas. FERC staff recently found in a draft environmental impact statement that the export project would not have a significant impact on the environment. Zichal will receive compensation of $180,000 as a Cheniere board member, paid either 100% in restricted stock or 50% in restricted stock and 50% in cash, the company said in its filing. As a nonemployee director, she will also receive a grant of 6,000 shares of restricted stock. Cheniere also elected Neal Shear of Higgs Capital Management to the board and appointed him to the board's audit committee, the filing said. Cheniere Energy and members of its board of directors were recently sued over hundreds of millions of dollars' worth of shares of company stock that a stockholder claims were improperly awarded to directors and executives. The complaint said 25 million shares of stock were awarded to the directors, employees and consultants under a 2011 incentive plan even though a stockholder vote did not permit such awards. 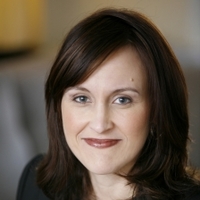