Joshua Bolten is President & CEO of the Business Roundtable (BRT), an association of CEOs of leading US companies. Before joining BRT in January 2017, Bolten was Managing Director of Rock Creek Global Advisors, a consulting firm that he co-founded in 2011. Bolten spent the preceding two years as a visiting professor in the Woodrow Wilson School at Princeton University. Mr. Bolten co-founded Rock Creek Global Advisors in July 2011. Before co-founding RCGA, Mr. Bolten spent two years as a visiting professor in the Woodrow Wilson School of Public and International Affairs at Princeton University. Mr. Bolten served in the White House under President George W. Bush as Chief of Staff (2006-09), Director of the Office of Management & Budget (2003-06), and Deputy Chief of Staff for Policy (2001-03). He was Policy Director of the Bush 2000 presidential campaign. Mr. Bolten’s nearly 20 years of government service also include positions as General Counsel to the US Trade Representative, Chief Trade Counsel to the US Senate Finance Committee, and an attorney at the US State Department. Mr. Bolten’s previous private sector experience includes work as Executive Director, Legal & Government Affairs, for Goldman Sachs in London and an attorney at O’Melveny and Myers in Washington, DC. A native of Washington, DC, Mr. Bolten received his undergraduate degree from Princeton and his law degree from Stanford. He is a member of the board of Emerson Electric Co. (EMR). In the non-profit sector, he currently serves on the boards of the US Holocaust Memorial Museum (Vice Chair) and the ONE Campaign (where he was Interim CEO during 2011) and the Advisory Committee of the Presidential Leadership Scholars Program (Chair). 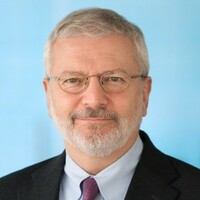