The little-known doctor from Los Altos contributed $5.4 million to a super PAC tied to the women’s group Emily’s List — but, get this, in stock. Payment in equity might be normal in the startup world, but it’s very, very out of the ordinary in campaign finance. Jurvetson’s donation came in the form of shares of the Chinese giant Baidu — making it even more controversial since only American citizens are allowed to donate to U.S. elections. Jurvetson has given money before — about $100,000 in the 2016 cycle — but not at this scale. 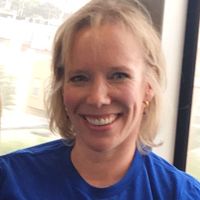