Lobbyist, former US Representative from Tennessee 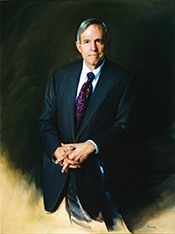