Dr. Tilghman made her mark during postdoctoral studies at the National Institutes of Health, where she participated in cloning the first mammalian gene. She continued to make scientific breakthroughs in the field of mammalian genetics as a member of the Institute for Cancer Research in Philadelphia and an adjunct associate professor of human genetics and biochemistry and biophysics at the University of Pennsylvania. Tilghman was a member of the National Research Council's committee that set the blueprint for the U.S. effort in the Human Genome Project and went on to become one of the founding members of the National Advisory Council of the Human Genome Project Initiative for the National Institutes of Health. A native of Canada, Tilghman received her Honors B.Sc. in chemistry from Queen's University in Kingston, Ontario, and earned her Ph.D. in biochemistry from Temple University in Philadelphia. She joined Princeton in 1986 as the Howard A. Prior Professor of the Life Sciences, and took the role as founding director of Princeton's multi-disciplinary Lewis-Sigler Institute for Integrative Genomics in 1998. After serving on Princeton University's faculty for 15 years, Dr. Tilghman became the University's president in June 2001. In September 2012 she announced she would step down in June 2013. 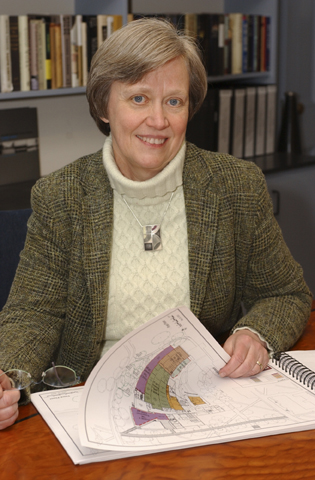