Mark Schauer was born in Howell, about 30 miles east of Lansing, and was the valedictorian of his high school class. His father was a high school teacher and his mother worked as a nurse. He now lives in Battle Creek. Schauer received a bachelor's degree from Albion College in 1984 and master's degrees from Western Michigan University in 1987 and Michigan State University in 1994. Schauer has served as the leader of the state Senate Democrats since 2007 and has served in the state Senate since 2003. Schauer was elected to a state House seat representing a district including his home of Battle Creek in 1996 and served three terms before being elected to the state Senate. Prior to his time in the Legislature, he served as a Battle Creek city commissioner from 1994-1996. Schauer began his career as an urban planner in Calhoun County and worked as the executive director of the Community Action Agency of South Central Michigan for five years. He also served as coordinator for the Calhoun County Human Services Coordinating Council from 1992-1996. Schauer is married to Christine and is the father of three stepchildren. He and his wife have one grandson. A Representative from Michigan; born in Howell, Livingston County, Mich., October 2, 1961; graduated from Howell High School, Howell, Mich., 1980; B.A., Albion College, Albion, Mich., 1984; M.P.A., Western Michigan University, Kalamazoo, Mich., 1986; M.A., Michigan State University, East Lansing, Mich., 1996; county planner; member, Battle Creek (Mich.) city commission, 1994-1997; member, Michigan state house of representatives, 1997-2003; member, Michigan state senate, 2003-2008; majority floor leader, Michigan state senate, 2003-2006; minority leader, Michigan state senate, 2007-2008; elected as a Democrat to the One Hundred Eleventh Congress (January 3, 2009-January 3, 2011); unsuccessful candidate for reelection to the One Hundred Twelfth Congress in 2010. 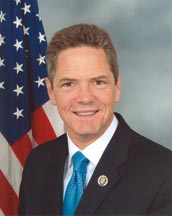