US Senator from North Carolina

(niece of Lawton M. Chiles, Jr.), a Senator from North Carolina; born in Shelby, N.C., May 26, 1953; B.A., Florida State University, 1975; J.D., Wake Forest University, 1978; banker; North Carolina State senator, 1999-2009; elected as a Democrat to the United States Senate in 2008 for the term ending January 3, 2015. Kay Hagan, a former Democratic senator from North Carolina who served one term in Washington after defeating Elizabeth Dole, a Republican, in 2008, died on Monday October 28 2019 at her home in Greensboro, N.C. She was 66. Her husband, Charles T. Hagan III, said she died of complications of a type of encephalitis, or brain inflammation, caused by the rare Powassan virus. Janet Kay Ruthven was born on May 26, 1953, in Shelby, N.C., to Jeanette (Chiles) Ruthven, a homemaker, and Joe P. Ruthven, who ran a tire business in Shelby and later in Lakeland, Fla., where he developed a warehousing business and went into real estate. She attended Florida State University, where she majored in ballet and American studies and graduated in 1975. She served as an intern in the Capitol Hill office of her uncle, Lawton Chiles, a United States senator from Florida and later the governor there. She met Mr. Hagan at Wake Forest University School of Law. They married in 1977 and she graduated in 1978. He worked in his father’s law firm and she worked for North Carolina National Bank — now Bank of America — in the trust department. In addition to her husband, Ms. Hagan is survived by her three children, Jeanette Hagan, C. Tilden Hagan IV and Carrie Hagan Stewart; her father, Joe P. Ruthven; her brothers, Joe L. and Greg Ruthven; and five grandchildren. Her stepmother, Judy Ruthven, her father’s second wife, also died on Monday. She had a stroke a week ago and had been under hospice care. 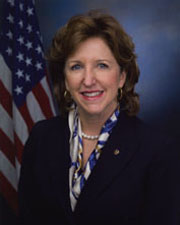