John F. Young is president and CEO of Energy Future Holdings Corp., a Dallas-based energy company with a portfolio of competitive and regulated businesses, including TXU Energy, Luminant and Oncor. Prior to joining EFH, Young was executive vice president of finance and markets at Exelon Corporation, one of the nation's largest electric companies, and was responsible for the entire financial organization. At the same time, he also led the trading and marketing organization, the Power Team. Young's previous leadership responsibilities at Exelon included the role of president of Exelon Generation, where he managed the company's nuclear, fossil and hydro operations as well as the Power Team. He joined Exelon Power as chief operating officer and was soon named president of the operating unit. Prior to Exelon, Young was senior vice president at Sierra Pacific Resources Corporation with responsibilities for the operation of the company's fossil and hydro facilities. After serving five years in the U.S. Navy, Young began his industry career at Southern Company where he rose through the ranks to become executive vice president of Southern Generation, the largest wholesale energy provider in the Southeast. Young is chairman of the board of the Nuclear Energy Institute and serves on the boards of the Edison Electric Institute, Nuclear Electric Insurance Limited, Children's Medical Center and USAA. He formerly served on the board of the Dallas Citizens Council. He is also a member of the Center for Strategic and International Studies Dallas Roundtable and the U.S. Naval Academy Foundation's Corporate Advisory Forum. In 1978, Young received his bachelor's degree in mechanical engineering from the U.S. Naval Academy. 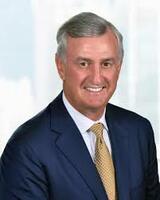