Powerful modeling agent in the 1980s, repeatedly accused of sexual assault and rape

The former boss of a French model agency accused of rape and under investigation on suspicion of supplying underage girls to the late American financier Jeffrey Epstein has been found dead in prison. The body of Jean-Luc Brunel, 75, was reportedly found hanging in his cell in the early hours of Saturday February 19 2022. Brunel was arrested in December 2020 at Charles de Gaulle airport before boarding a plane for Dakar in Senegal. In the 1990s, Paris-born Brunel was a model talent scout and boss of the prestigious agency Karin Models. After he was banned from the agency in European 1999 he moved to the US and founded MC2 Model Management with funding from Epstein. He is credited with discovering a number of supermodels including Christy Turlington and Milla Jovovich. 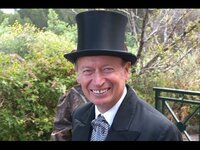