Jay Cowles is a former media company executive and owner, with a long history of community engagement and entrepreneurial interests. As chairman of Cowles Media Company, he led the family owners and board of directors during the 1990s, until the sale of the company (and Minneapolis Star Tribune newspaper) in 1998. After the sale, Jay led his family’s investment company and office until 2016. Jay has also served for decades on a variety of civic and nonprofit boards, and is currently the vice chair of the Minnesota State colleges and universities system, in addition to several other boards. He is a graduate of Harvard College and Harvard Business School (MBA). 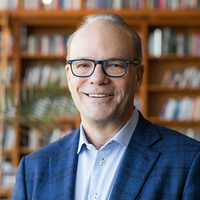